Nestled between a vintage clothing store and a tobacco merchant is a rather delightful establishment known as The Indian Kitchen, or just The Kitchen to locals. This is the Indian restaurant that the other Indian restaurants don’t want you to know about. It is without a doubt the cheapest Indian you will find, and in most cases the quality of the curries beat most other Indian restaurants. That of course depends on your knowledge and understanding of what a good curry is. This is perhaps because you have developed an incorrect perception of good curry from frequenting below-average venues. 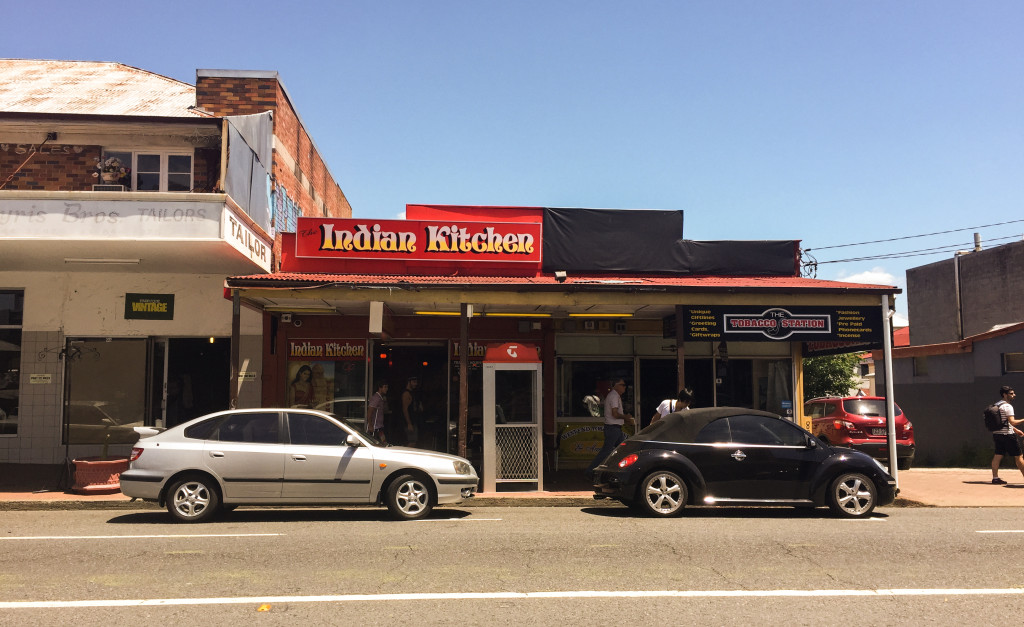 Your journey to India Kitchen will not be dull or uneventful. The main streets of West End are by far the grubbiest in inner-city Brisbane, and you may gaze upon sights you wouldn’t even see in Fortitude Valley. In West End you’ll witness an interesting fusion of barefooted homeless men who have no shoes and barefooted hipsters who are voluntarily shoeless as they instagram a polaroid filter of their latte selfie. However there are many other quality venues in West End that are worth a visit after you sample some of the delights at The Kitchen.

If you arrive by car it may be difficult to park, and if you don’t get lucky on one of the main streets you’ll have to cruise the side streets for a while. The Kitchen has upheld a strict ‘cash only’ policy, and you will have to go across the road to the ATM in the 7/11 to make a withdrawal if you expected to pay by card. The Kitchen is the closest thing you will find to that soup place in the Seinfeld episode featuring the Soup Nazi. You are usually met with a cold and silent gaze when it is your turn to order. If you order a naan you will be given a ticket and must retain it for the short few minutes it takes for your naan to be delivered to your table. Always try and sit inside if you can as all sorts of vagrants and others of questionable character will hover about outside and ask you for money as you eat. The Kitchen does not insult its customers by asking the long-dreaded question by Indian restaurant fans: Do you want rice with that for an extra $5? The Kitchen knows that curry always comes with rice and is always included.

The Butter Chicken you find here will be tasty but most likely different from what you have had before. It is not the bland rot that some Indian restaurants try to dish up, but not as rich and thick as some of the upmarket Indian establishments. The real gem is their Mango Chicken. I only ever order Mango Chicken and have never been disappointed. Just like the curries, the naans are amazing and cheap and are better than in most proper restaurants I’ve been to. If you are lucky they will have their television switched on and be playing Bollywood music videos from the 80s, 90s and now. If you need to go to the toilet you must ask at the counter, and depending on your appearance you will be led out into the kitchen and down some stairs to a single stall. I have used it on a number of occasions and vouch for the cleanliness of the kitchen. You will only be given two serviettes per curry and will be met with hostility if you ask for more, so try to use them wisely as they are not available on the tables. 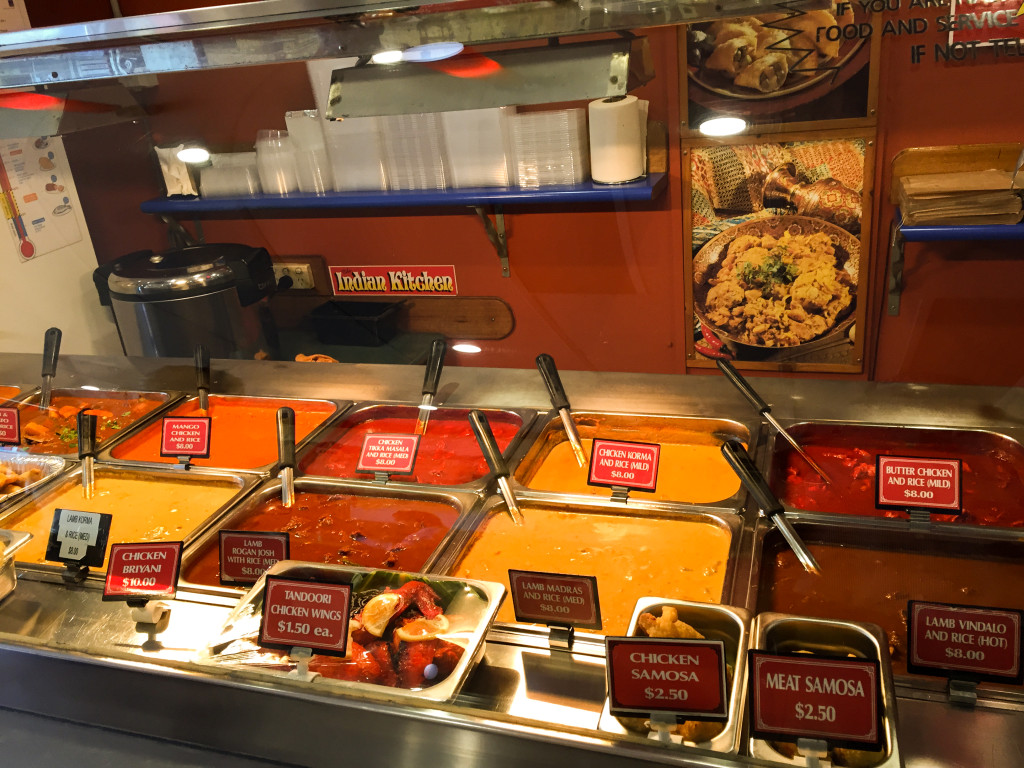 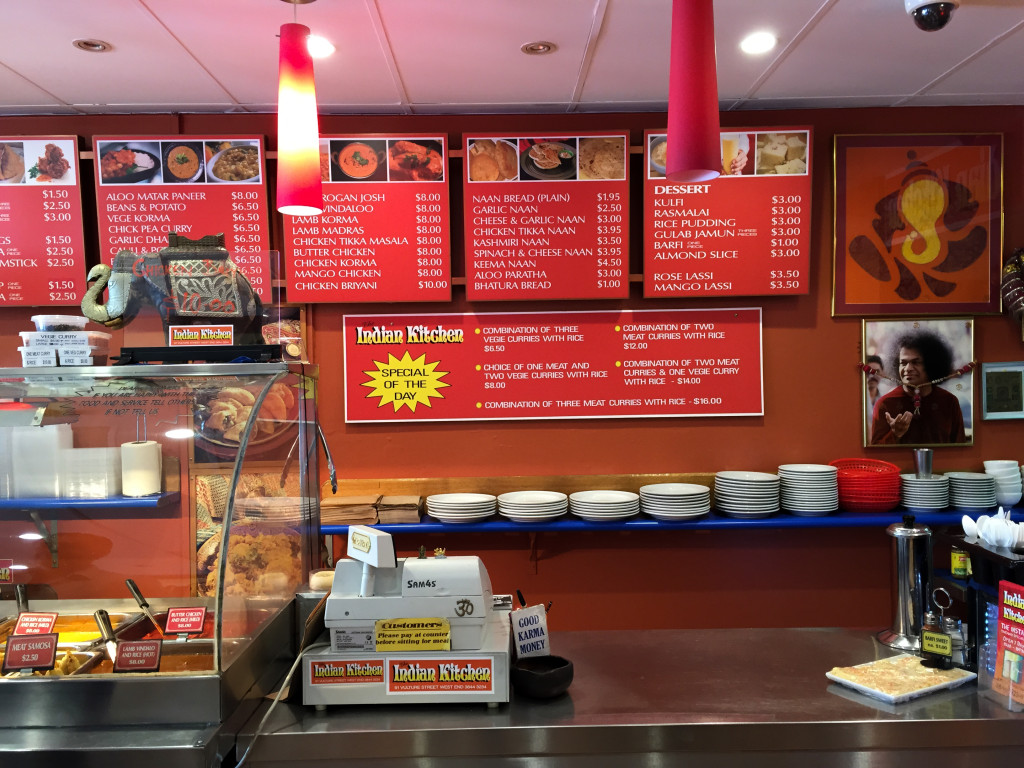 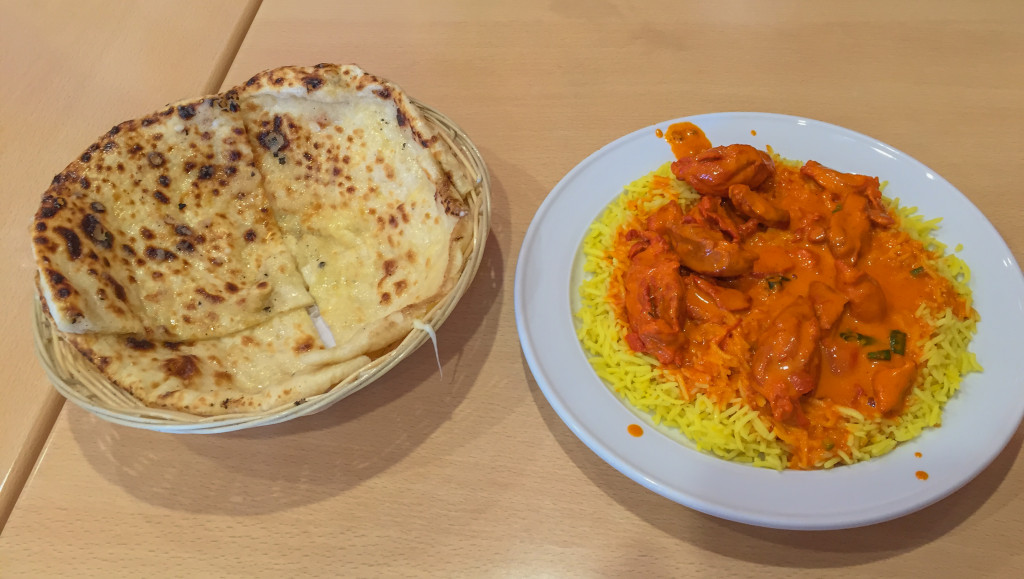 Mango chicken with a garlic naan will cost only $11

On my last visit, as I made my way to the 7/11 to withdraw some funds I became witness to quite a commotion. A lady of unusual appearance was sitting on the footpath against the 7/11. She sat amongst several personal items and was making vulgar observations and remarks about various punters as they walked past. One fellow, another unusually dressed type, was not going to accept such harassment. He wore a type of knitted headdress and a jacket which was unusual for the hot November weather. A long black and grey beard met the top button of his jacket which was tightly done up. He looked like a merchant sea captain who was only in port for a few hours and purchasing vital provisions for the next leg of his voyage. He wore dark jeans and a pair of well maintained ankle high boots, timberlands perhaps. His unsteady hand grasped an unidentifiable item and his gait gave the impression that he had just finished enjoying beverages of an alcoholic nature.

The raggedy woman began her hostile tirade of remarks at the captain. He stood there for a few moments unfazed by the abuse. He looked at peace, as if he were aboard his ship in fine weather and amongst those closest to him. All of a sudden in a deep and commanding voice he yelled “Keep that cheap wailing slut quiet!” and turned his back and stood at the traffic lights before she could respond. The ramblings paused for a brief moment but then continued, only in another direction away from the captain. The captain gazed off into the distance. What was going through his mind I was not sure of, but I’m sure he met every situation with that same cool and calm composure. 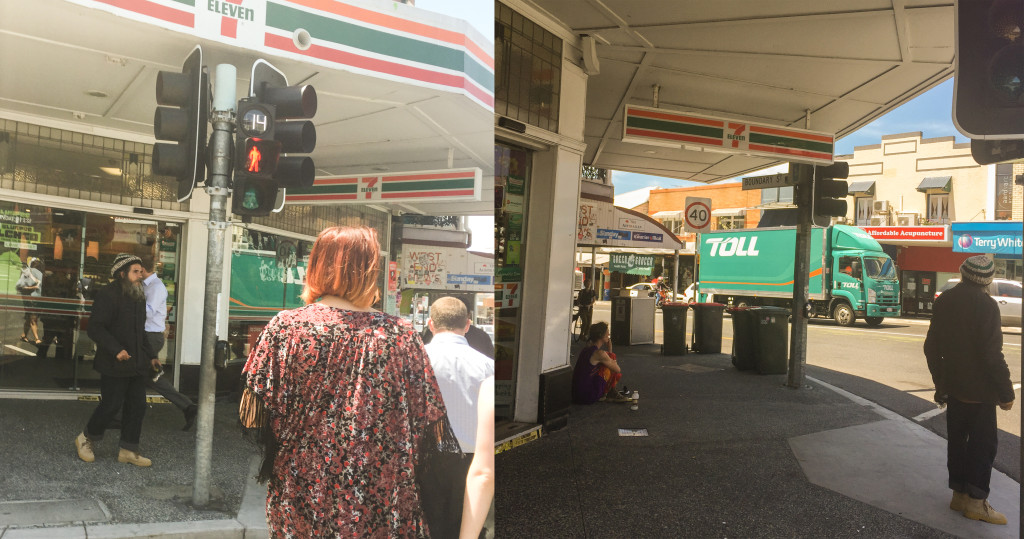 The captain just before being targeted by the street lady, and on the right as he calmly went on his way 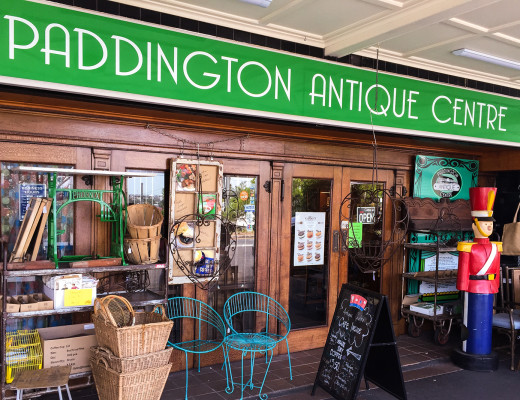 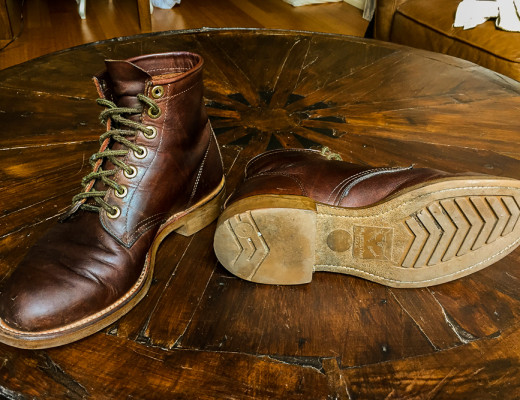